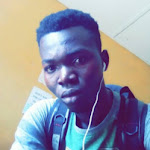 Are you sure you want to Unfollow Boluwatife Ogundeyi and miss out interesting post?
Click the button below to unfollow

As newbie in the tech ecosystem, you might have heard of the word GIT amongst other tech buzzing words or tools like docker, devops, API's(Application programming interface, IDE(Integrated development environment) e.t.c . Well, this is just one of those tools that makes software development easier within developers and today, we'll be discussing on what GIT is and how to setup one on your local machine.

Git is basically a software that acts as a version control system which allows you to back track changes you have made to a project, roll back to a previous version of your application that was working fine before an error occurred.

Have you ever worked on a project, spent days writing code and making changes daily only to have something break somewhere? yea, i know how frustrating it is,i can totally relate. Every aspect of the software was functioning properly then one minute, an error occurred. How do you find the error? How do you fix the error? Does this mean you have to rewrite your code? The answer is No and this is where Git comes in handy

Git was created by Linus Torvalds in 2005 for development of the Linux kernel, with other kernel developers contributing to its initial development. You can click this link to download the git software corresponding to your OS and click here to read more about the origins of version control. Choose the option for your computer and run the installation. It will download and install a command line interface that you can use to work on your local repository.

After successfully downloading git, the first thing you would want to do is to setup git to recognize who you are, the same way facebook, twitter and other social media platforms would ask you to sign up before accessing their services. Moreover, is important because every git commit you make uses this information. But before we dive into configuring git, i would love to introduce you to git's partner called code repository. You see, git and code repository need each other to work as the two are just like a mobile phone without a battery. A mobile phone without a battery is as useless as a battery without a mobile phone, the two work hand-in-hand in order to explore the possibilities and advantages a mobile phone has to offer. Same thing applies with git and code repository they're like Jay-Z and Beyonce.

What is a code repository?

A code repository is created to use versioning systems as mentioned earlier. The code repository holds the source code while the version system software archives that code. You can archive all your files in a repository, keeping any other versions or files, even if you aren’t using them at the moment. Code repositories also give you a way to name or tag the different versions, keeping records of changes within the same project.